The Ugandan Revenue Authority, URA, on Wednesday (January 8) recorded a marvelous bust as a woman attempted to smuggle a baby full of banned cosmetics into the country.

The baby in question was actually just the dress filled with cosmetic products and strapped to the back of the woman. URA said its officials in Mpondwe, a town located in Western Uganda “nabbed her as she crossed via a shallow point of River Rubiiha.”
“On face value, it’s a mother carrying a child on her back. In reality, it’s a smuggler bringing in carefully concealed banned cosmetics from DRC,” a Twitter post by the URA said.
It added that intelligence had been gathered about the particular smuggling mode. The two countries share a common border in eastern DRC where smuggling activities are rife due to unauthorized crossing points. There are communities that also share a lot along the common border.
The vast size of the DRC ensures that it has nine neighbours on all sides: Uganda, Rwanda, Burundi, Zambia, Zimbabwe, Central African Republic, Republic of Congo, Gabon and Zimbabwe.
Aside smuggling, Uganda last year recorded an Ebola case after victims entered from the DRC. They were quarantined and subsequently sent back.
Also in the east, Ugandan Allied Defence Force rebels continue to pose a security threat to parts of the DRC with their incursions resulting in the loss of lives and properties.
The World Health Organization, WHO, said rebel activity was one of the main hindrance to containing the Ebola virus which entered the country in 2018 August. It has since claimed over 3,000 lives according to records

On face value, it’s a mother carrying a child on her back.
In reality,it’s a smuggler bringing in carefully concealed banned cosmetics from DRC.
Intel had been gathered about this smuggling mode.Mpondwe enforcement nabbed her as she crossed via a shallow point of River Rubiiha. 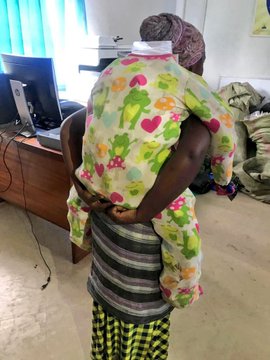 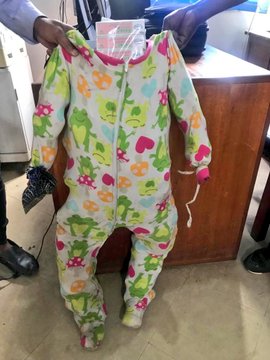 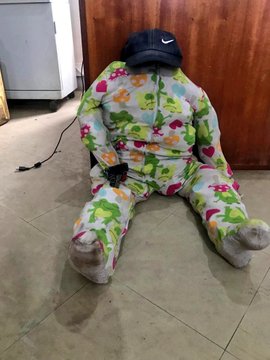